This is part of our Online Magazine and our Worldwide Directory of Tech Startups.

I interviewed the Co-Founders at Phoneo, Ján Žižka, Tomáš Kovačovský and Michal Malý. Photoneo is a Leading Slovak Tech Startup on their mission to automate, they provide robots with eyes, not only to see but also to understand.

Why did you create Photoneo?

Standard industrial robots are “blind and dull”. They are not able to react to the surrounding environment and their movements need to be programmed. Photoneo therefore decided to give them “eyes and intelligence” to be able not only to see but also understand and thus respond to various situations.

At the very beginning, Ján Žižka, Tomáš Kovačovský and Michal Malý were playing around with various 3D sensing techniques, mostly with the Sequential Structured Light .

The problem was that although this method provided high resolution and quality, it was not able to capture scenes in motion as the image acquisition of a 3D surface requires multiple frames and the output would be distorted.

To overcome this, Žižka, Kovačovský and Malý came up with a revolutionary concept of how to capture a moving object by reconstructing a 3D image from one single shot of the specially designed CMOS image sensor. They named it the Parallel Structured Light technology. In 2013 they founded Photoneo and developed the unique, award-winning 3D camera MotionCam-3D.

Ján, Tomáš and Michal have known each other for years. Based on their expertise, common vision as well as friendship, they decided to found Photoneo and push forward the boundaries of advanced automation.

Ján Žižka, says that he “was born with pliers and battery in his hands”. Later he learned math and coding, got his PhD and ended up at MIT playing with cameras, optics and algorithms. When he realized that he did not need to sleep, he co-founded Photoneo with 3 priorities in mind: automate, automate, automate. And one more – to have fun.

Tomáš Kovačovský,  is an expert in the field of Computer Vision and Computational Photography. During and following his university studies, he found his niche in 3D scanning, which has been his passion since. Tomáš has co-developed the unique PhoXi 3D Scanner and 3D Camera MotionCam-3D. In 2017 he was included among the 30 brightest young entrepreneurs, innovators and game changers in the Industry segment by Forbes’ 30 UNDER 30 EUROPE.

Michal Malý, Co-founder and Director of AI at Photoneo.

Michal Malý, received his PhD in the field of Computer Science, Artificial Intelligence, at FMFI UK in 2013. He is an expert in the construction of rational agents based on reinforcement learning. He also worked in the area of computer security and published an innovative solution for secure distributed computing. His vision is to improve computer understanding of 3D environment and enhance comprehension of real-world objects.

What is your vision?

The idea behind Photoneo’s endeavour is to automate all monotonous and hazardous work by employing vision-guided robots.

The aim is to unburden human workers of heavy material handling as well as to save time, increase efficiency and consequently reduce costs. Thanks to this the workers’ potential can instead be employed in areas which necessarily require human workforce, including tasks necessitating creativity, critical thinking and decision-making.

How do you help your customers and partners?

By bringing 3D vision and bin picking software into the field, Photoneo helps companies mainly in the automotive, logistics, e-commerce, food and medical industry to improve the performance and efficiency of their manufacturing, fulfillment and assembly processes.

Photoneo also offers free Bin Picking Studio trainings for its customers to teach them how to set up their own application without help. In addition, if the customer is not sure whether their application is feasible, they can send us the parts they would like to pick and we conduct a free feasibility study before any purchase.

Photoneo developed the highest-resolution and highest-accuracy 3D camera in the world for scanning objects in rapid motion. There is no other 3D camera that can capture moving objects in such a high quality. This is thanks to the revolutionary Parallel Structured Light technology and the specially designed mosaic shutter sensor.

Photoneo is a rapidly growing company, now consisting of more than 140 employees. We are constantly working on new solutions, updates and new product releases.

Our hard work paid off and the camera won numerous international awards, including the platinum-level award in the Vision Systems Design 2019 Innovators Awards program, the VISION Award 2018, and it has also been ranked among the inVISION Top Innovations 2019.

By e-mail and telephone:

However, if you want to get in contact with us directly please, send an email or call directly to us:

By its Social Networks:

Follow us in our social media accounts to stay tuned about the latest news of Photoneo.

If you are interested in more Tech Startups, you can find in our Online Magazine and our Worldwide Directory of Tech Startups.

Would you like also to include an article about your Tech Startup and to be featured on our Tech Startup Directory? You can contact us by email or write a comment below and we will contact you. 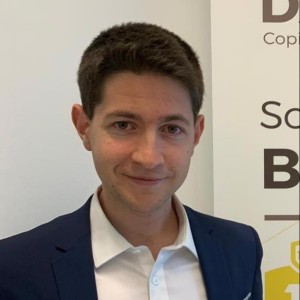 The Startups Tips mission is to help your Tech Startups to go from Local to Global.

How early-stage Startups can benefit from a blog

9+ Best Tips Before You Invest In Startups!

Best Startups to Invest In 2022